The largest lake on the complex, Booneys is a 16-acre gravel pit that was excavated in the late 1980s and subsquently turned into the Warren Villas nature reserve following the last of the gravel extraction.

Booneys was excavated in the late eighties and at the end of it’s working life became a nature reserve called Warren Villas, popular with bird watchers, Angling was not permitted so this allowed the lake to develop and mature naturally, with its stock boosted by periodic flooding from the nearby River Ivel.

We acquired Booneys in 2011, the banks were very overgrown and have been cut back to create swims, a road on the river side of the lake provides easy access to some of the lakes swims where it is possible to park next to your chosen swim. It is the largest of our lakes at 16 acres with 30 swims and is also the most natural, with lots of mature trees around the lake as well as marginal reed bed, giving you the feel of an estate Lake.

There is a healthy growth of Canadian Pondweed in the lake with an abundance of natural food, there are also clear patches with silt beds and gravel bars as well as several islands. In the shallows around the islands Carp can often be seen basking in the warmer water in summer, often within feet of the bank, stealth is required if you choose to target these fish with surface baits but can bring big rewards.

There are plenty of silverfish in the lake, particularly Rudd, big bags of which can be taken by float fishing Maggot up in the water with sweet corn or bread sorting out plenty of the larger specimens which go well over 2lb.

The abundance of these fish have enabled the Pike in this lake to flourish and which are a popular quarry during the winter months, the biggest to come out so far this year is 27lbs to a legered deadbait, and we know that there are many well over this weight.

Also present is a good head of Tench, several male Tench to 10lbs have come out this year, suggesting that there is a bigger female waiting to be caught. And then there’s the Carp. We have stocked over 200 Carp into the lake, all other fish are there by natural means and the quarry for many who fish this lake are the original Carp many of which are a dark chocolate colour and are pushing well into the high 20’s and over. 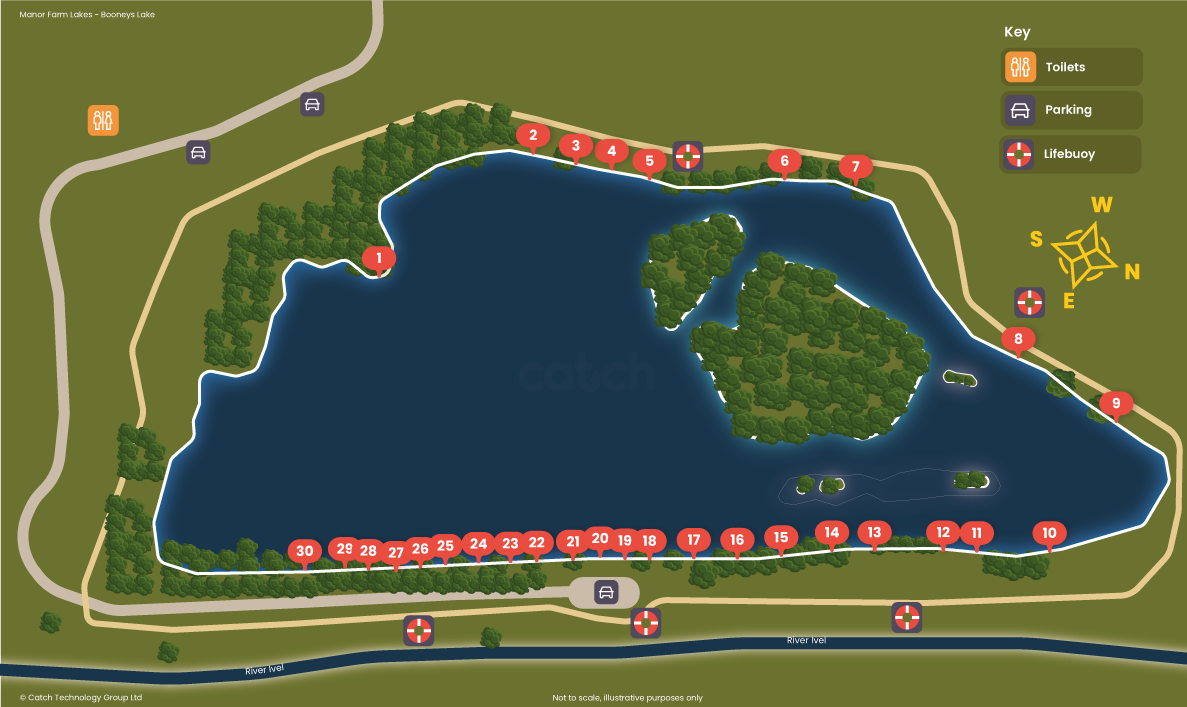 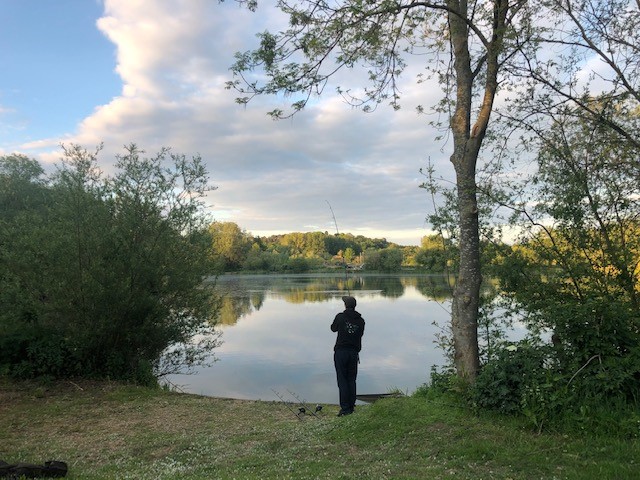 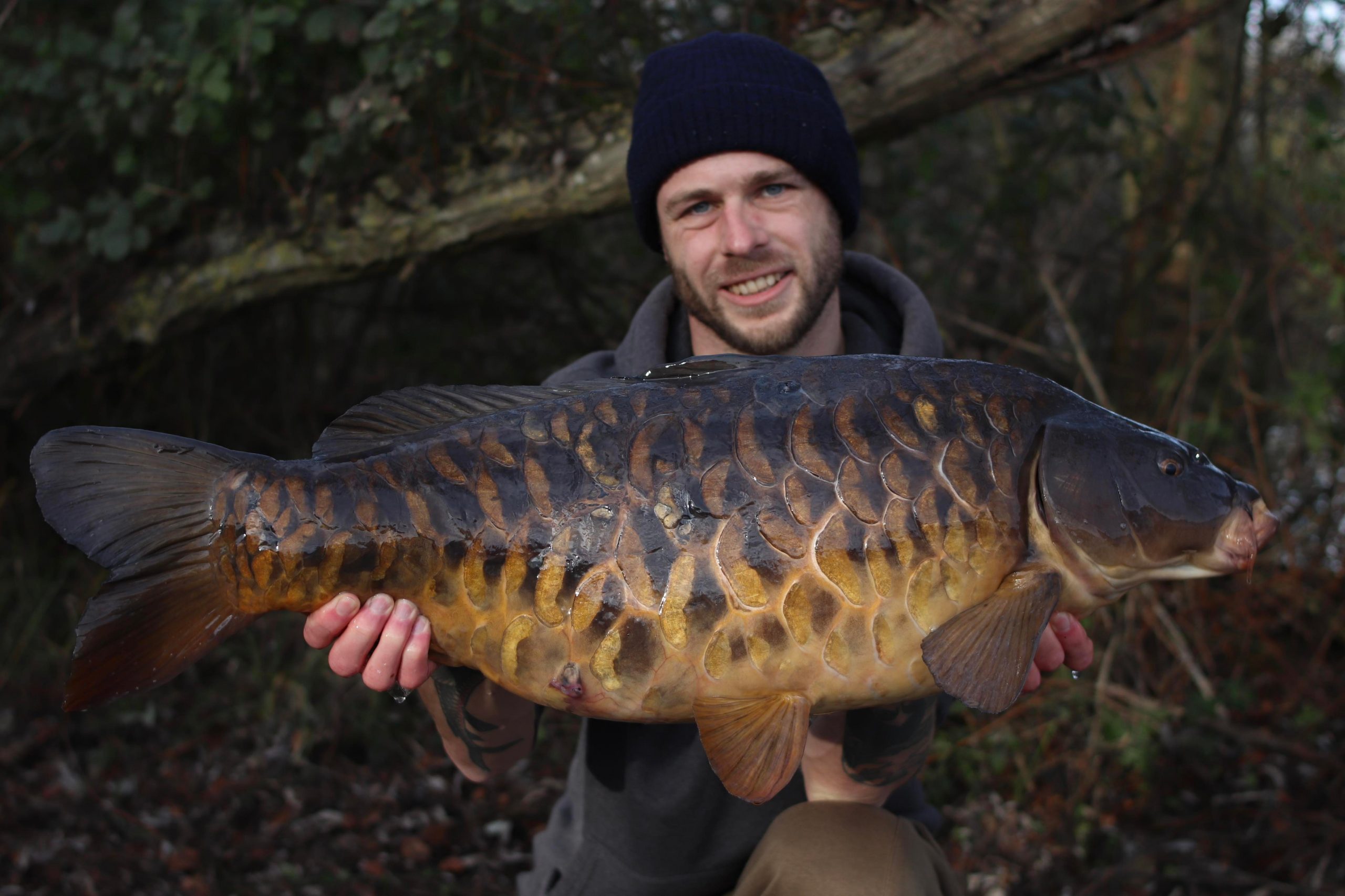 Our current Lake Record stands at a 38lb 2oz Common Carp on 19th July 2020. Booneys is perhaps the most difficult lake on the complex but can be a very rewarding challenge, particularly to those who are prepared to put in a bit of time and work, it is the only lake on the complex where we allow 3 rods to be fished at an extra cost of £5

There are many beautiful and pristine fish in the lake and it is the most peaceful and beautiful with many saying that it has a magical atmosphere. It has several fans who regularly come down from the north of England to fish it and we are sure that there are several big fish in there that have yet to see the bank.

Manor Farm Lakes is an extensive 100 acre fishery based in the heart of Central Bedfordshire, with easy access from the A1.